A Tribute To All Women – Royal RepubliQ Skip to navigation

Royal RepubliQ is celebrating International Women of divers backgrounds. Women that we admire and that remain to be an inspiration to the brand's development. Who's stories remained hidden for decades, or have been overshadowed by their male equivalents. Women that accomplished "the world", but still need to justify their rightfully earned position. Women who's accomplishments are diminished in the public eye because they are women. Women that despite of or regardless of their gender keep doing what they are meant to be doing dare to risk, dare to challenge and be proud.

#1 The Forgotten Women of Bauhaus

The Bauhaus founded by Walter Gropius in 1919 and open until 1933 has long been a source of inspiration for Royal RepubliQ. The Bauhaus style is cemented in the principle to combine craftmanship, art and product design into creating aesthetically pleasing functional pieces that were ready to cater to an increasingly industrialized world. The school has had a significant impact on the development of art, architecture, graphic design, interior design, industrial design and typography.

Although the Bauhaus was seen as a progressive academic institution, as it declared equality between the sexes and accepted both male and female students into its programs. During a time when women were denied admittance to formal art academies, the Bauhaus provided them with an unprecedented level of opportunity for both education and artistic development, unfortunately in reality women were mostly limited to weaving techniques and ceramic studies. Only a few decades ago their work and contributions to the seminal Bauhaus works were acknowledged. 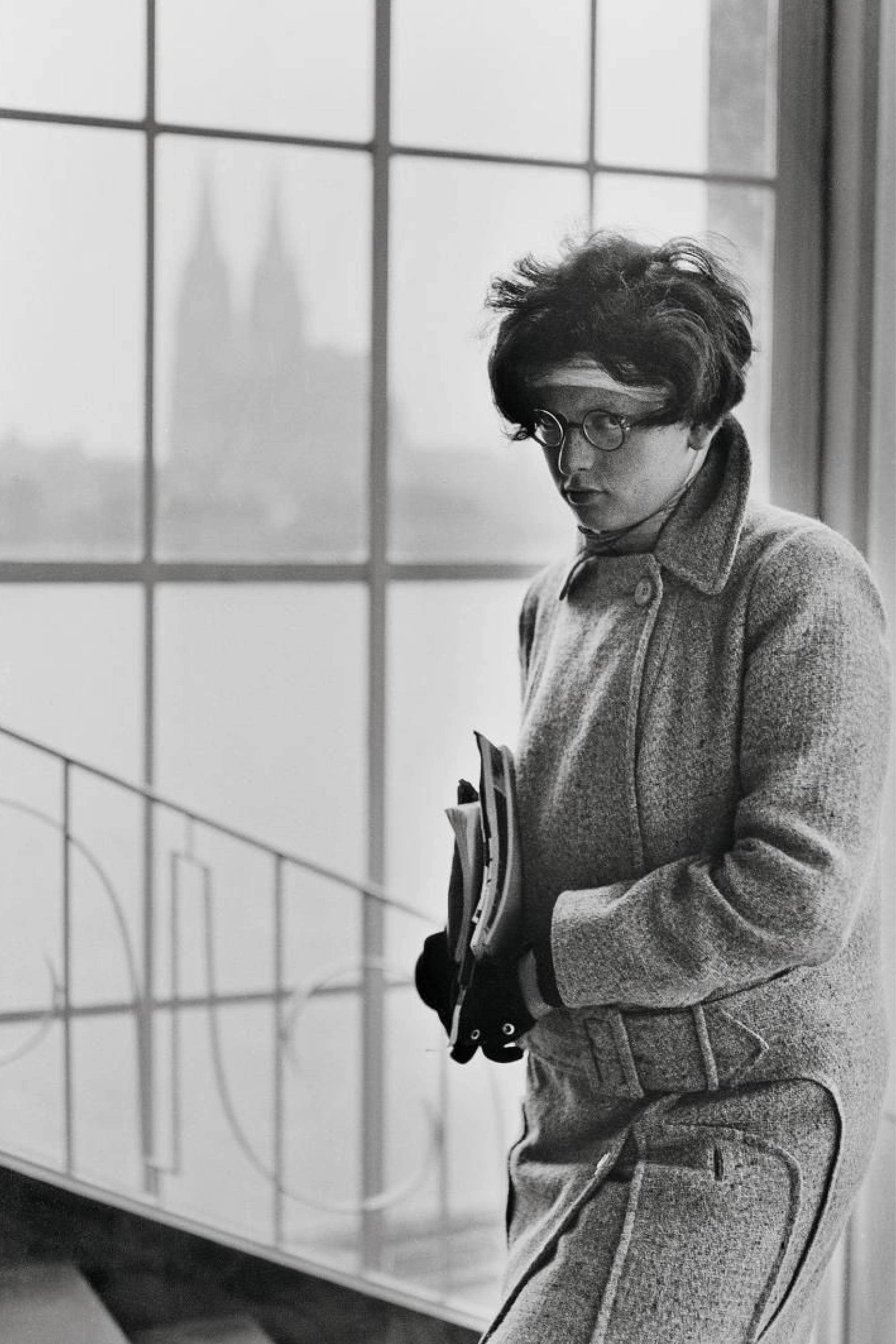 Our picks for their style 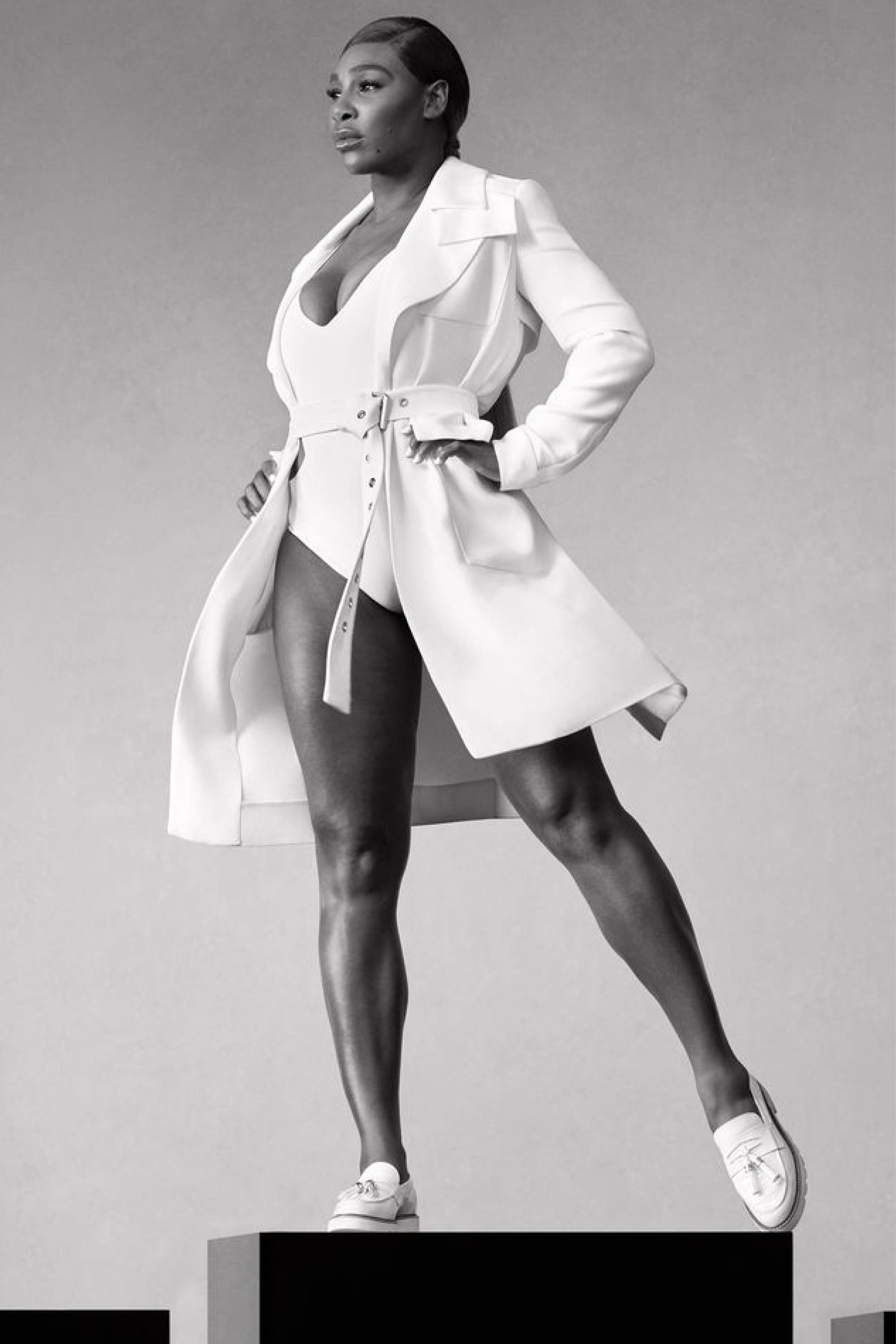 Through utilizing her immense strength and determination, world-renowned tennis player, Serena Williams defied society’s norms of a standard athlete, which shaped her into the generous, iconic woman that she is today.

Williams’ incredible mental power provides her with a way to break through the toughest emotional times. Her physical strength allows her to play tennis, even with the biggest obstacles--like pregnancy. She has also donated thousands and thousands of dollars to many different charities, and has started multiple funds to help those in need. Serena Williams is an inspirational figure, who is shaped by her struggles of successfully emerging out of her hometown. Through all the bumps in the road, she always ends with a positive mindset and her head up high:

“I’ve never been the right kind of woman. Oversized, and overconfident. Too mean if I don’t smile. Too black for my tennis whites. Too motivated for motherhood. But I’m proving. Time and time again. There’s no wrong way to be a woman”

Our picks for Serena's style

An intuitive thinker that shapes her observations into concepts, predictions if you will, thereby influencing much of what we see around us. Listed as one of the “40 Most Influential People in Design” by Icon magazine, her reach has expanded far beyond fashion.

Growing up in Wageningen, a small agricultural town in the centre of the Netherlands she completed the Arnhem Academy of Visual Arts, now called ArtEZ graduating in 1972. She soon discovered that the Netherlands was just too small, her list of accomplishments is as long as her divers client list. She remains a visionary with the world at her feet.

"Things will be happening and changing and it will be magnificent. That I know."

Quote from interview with Dezeen, predicting that a better world could emerge from the current state. 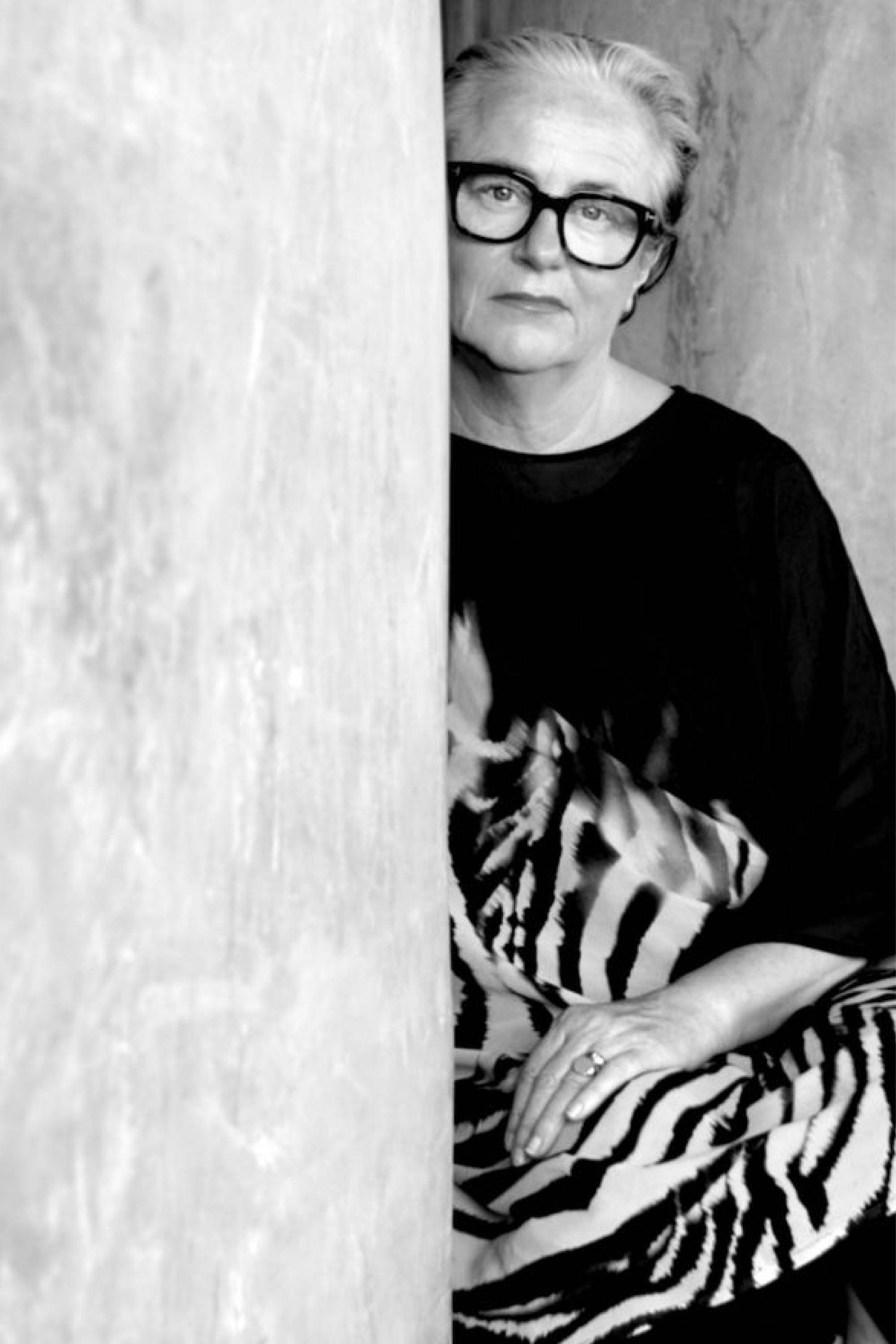 Our picks for Lidewij's style Sheela Søgaard is CEO of the global architecture firm Bjarke Ingels Group. She joined BIG 11 years ago, when it was a 45-person firm with one office in Copenhagen and a dearth of cash. Now, thanks to Søgaard's stewardship, it has 17 partners, four offices, 550 employees, and dozens of active projects in countries all over the world, including buildings for Google, a Hyperloop concept, and a research center simulating life on Mars.

"I realized that we at BIG are surrogates - we don’t just help bring the building into being; we incubate it, develop it, grow it, evolve it, and make it healthy, before it's then handed over. There is something about having invested care. That was a lesson for me and continues to be the thing I try very hard to impart on the people that report to me; that we don’t only have a responsibility to maximize our business results, but that our responsibility is to create a sustainable business with output that we want to brag about.

We want to say, “We did that, and it made the world better.”

Our picks for Sheela's style

Angelina Jolie is famous for her acting skills and work as a filmmaker, but she is also well known for her passionate humanitarian work. Not only has the 42-year-old visited several war-torn countries and refugee camps all around the world, but she even created her own organization with ex-husband Brad Pitt, the Jolie-Pitt Foundation, to aid causes close to her heart. She also set up the Maddox Jolie-Pitt Foundation after she adopted her eldest son Maddox from Cambodia to help end poverty and establish healthcare and education opportunities in the country. We could all learn a thing or two from Angelina's charitable heart.

“I see all people as equal. I see the abuse and suffering and I cannot stand by. Around the world, people are fleeing gas attacks, rape, female genital mutilation, beatings, persecution, murder. They do not flee to improve their lives. They flee because they cannot survive otherwise. What I really want is to see an end to what forces people out of their homelands. I want to see prevention when we can, protection when needed and accountability when crimes are committed.” 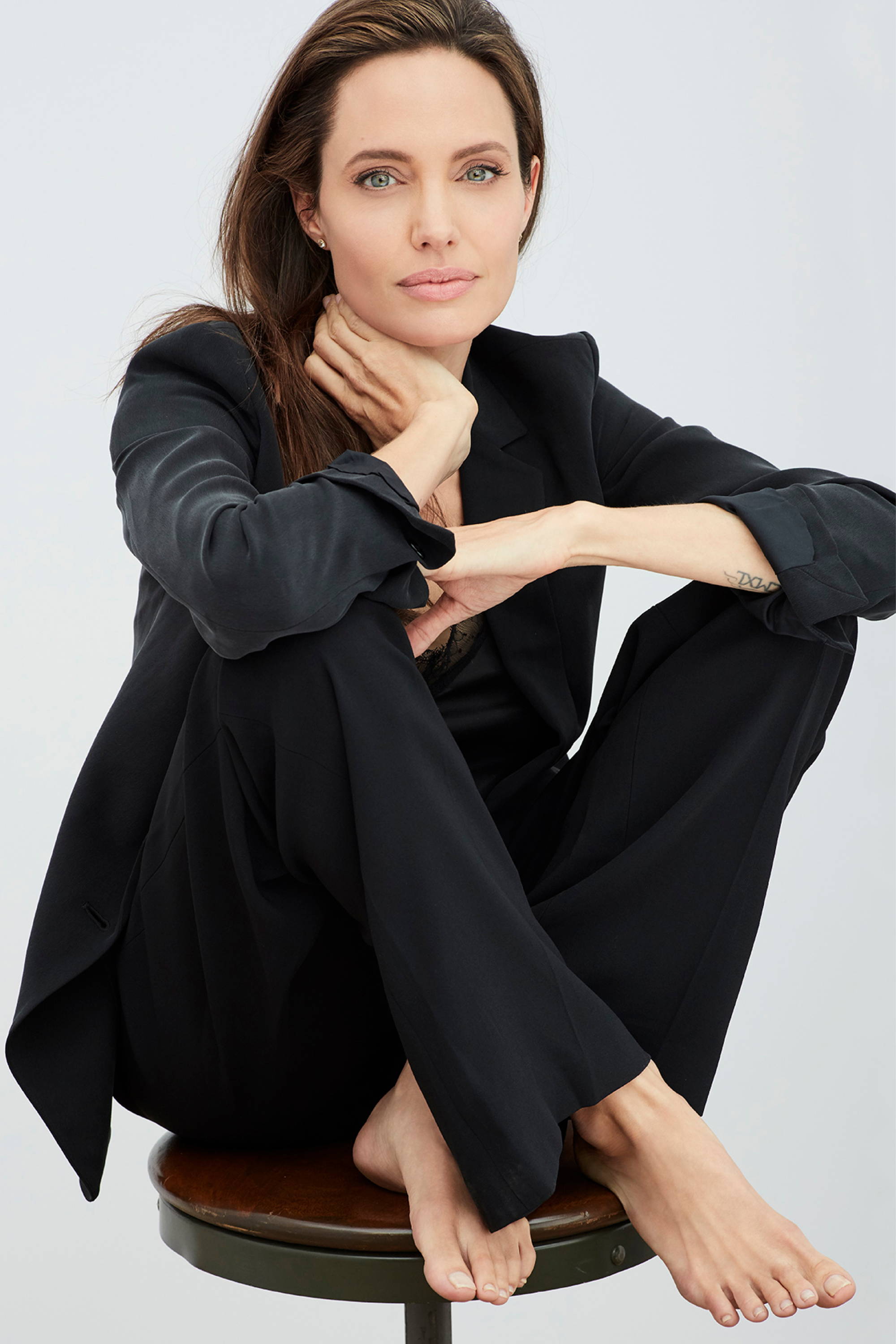 Our picks for Angelina's style June's work as a photographer began in 1970 when she stepped in for her husband, Helmut. He was scheduled to photograph a model for an ad for Gitanes cigarettes when he came down with the flu. Unable to contact the model to cancel their appointment, Helmut gave his wife a quick lesson in photography and she photographed the model later that same day.

In a 1987 interview with June and her husband for Orange Coast magazine, June said Helmut decided that she should use a different name professionally as a photographer "because he thought one Newton in the family was enough. And if I didn't succeed..." June chose the pseudonym Alice Springs, from the Australian town of the same name. She selected the name by blindly stabbing a pin into a map of Australia. Alice Springs did however find success; by 1974 one of her photographs had appeared on the cover of Elle magazine.

Our picks for June's style

Teddy Girls (also known as Judies) – created a strangely alluring visual identity, one which set them apart from their contemporaries in a decade where youth culture was finally carving out an aesthetic of its own. Sharply-suited Teds might look remarkably smart to a contemporary eye – particularly when positioned against fellow groups of teenagers, like the punks who threatened to puncture the fabric of society with their safety pins – but their reality was more rebellious than it initially seems.

The Teddy Boys and Girls originated from then working-class areas in East or West London, areas still bearing the wounds of the war with still-to-be rebuilt bombsites punctuating their areas. After an era of fashion taking a back seat to function, what better way to sartorially rebel than with the impractical frivolity of a tiny clutch bag; the must-have accessory for a Teddy Girl?

Toovey was photographed by Altered States Director Ken Russell, who documented a group of Teddy Girls local to him in Notting Hill. It was thought the images were lost forever but they were uncovered in 2005. “No one paid much attention to the Teddy Girls before I did them, though there was plenty on teddy boys,” He recalled. “They were tough, these kids, they’d been born in the war years and food rationing only ended in about 1954 – a year before I took these pictures. They were proud. They knew their worth. They just wore what they wore.”

"I never thought of those kids as anything but innocent,” Ken Russell told The Evening Standard. “Even the Teddy Girls, all dressed up, were quite edgy, and that interested me; they were more relevant and rebellious — but good as gold. They thought it was fun getting into their clobber, and I thought so too." Our picks for a 'Teddy' style